Under the Paris Agreement, the Australian Government has legally committed to reducing our emissions by 26-28% below 2005 levels by 2030. However, to ensure global warming remains under 2 degrees, independent body – the Climate Change Authority (CCA) – has proposed Australia set a national Science Based Target (SBT). This is a target calculated from Australia’s share of emissions for a 2◦C global outcome. Ndevr Environmental has used this target to model a quarterly emissions budget for Australia.
This report tracks Australia’s performance against our Paris target and the CCA’s carbon budget based on the latest available data, trends and industry movements for the months of April, May and June (Q4/FY2020). Our results are presented in tonnes of carbon dioxide equivalents (t CO2-e). 1 t CO2-e is roughly equal to the emissions of a standard 5-seat passenger vehicle driving around 5,400 km.

We have conducted some additional analysis on available data month-by-month and beyond quarter’s end and found:

The figures for automotive transport fuel show commuters have drastically reduced their light vehicle fuel consumption as they work from and stay at home more. Diesel consumption from heavy freight vehicles and commercial activities, however, have seen a lesser reduction, as road and rail freight have been required to keep commodities moving across the economy. 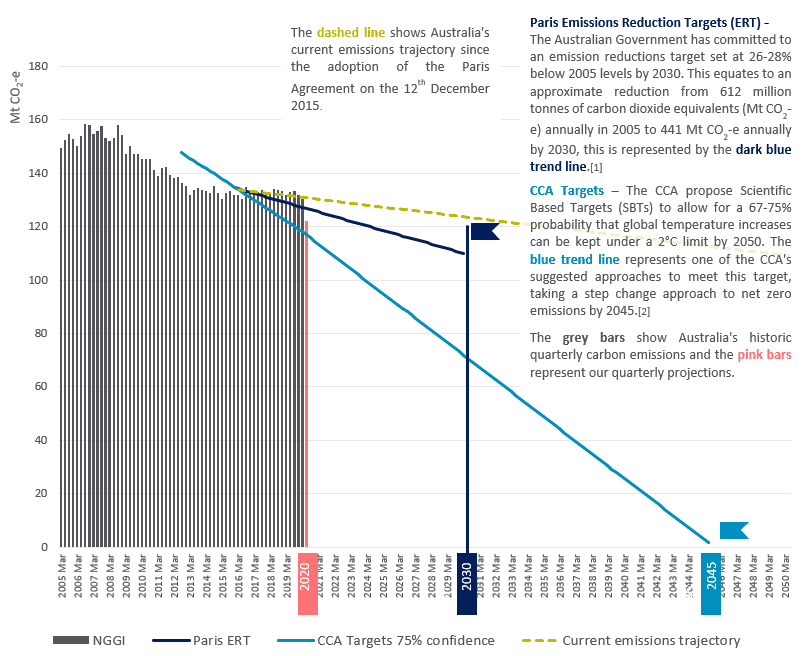 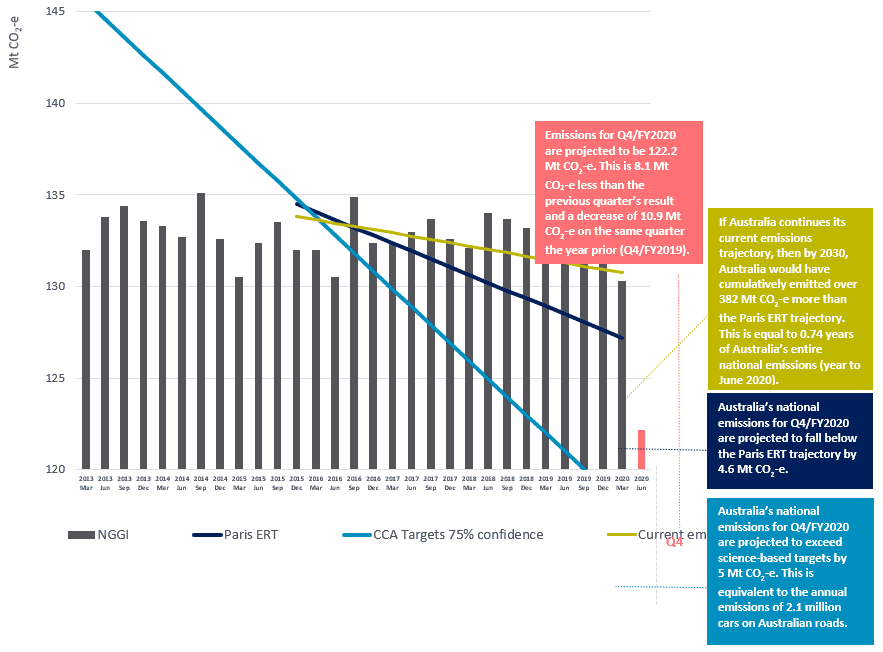 We have conducted some additional analysis on available data month-by-month and beyond quarter’s end and found:

The figures for automotive transport fuel show commuters have drastically reduced their light vehicle fuel consumption as they work from and stay at home more. Diesel consumption from heavy freight vehicles and commercial activities, however, have seen a lesser reduction, as road and rail freight have been required to keep commodities moving across the economy. 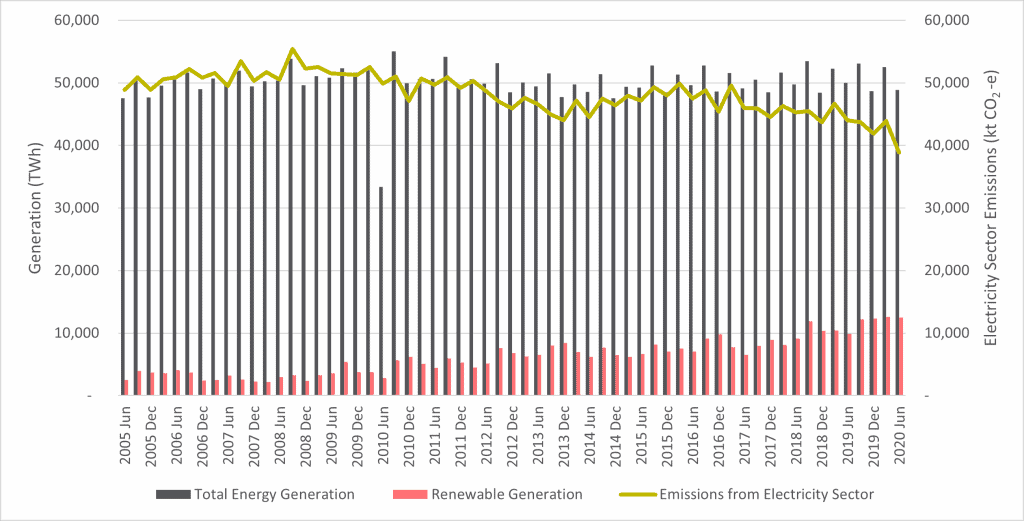 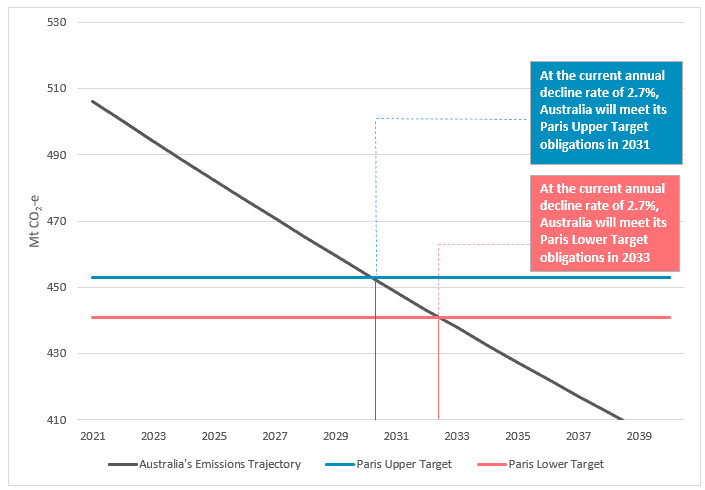 Electricity emission projections for Q4/FY2020 were the lowest on record across the entire data set, dating back to 2001 (38.9 Mt CO2-e). With quarterly electricity demand relatively stable across the NEM, the decline has been driven by an increase in renewable energy generation from wind power, hydro power, utility-scale solar and rooftop solar, as well as the COVID pandemic response including lockdowns.
Renewable energy generation across the NEM states for the period was 25.7% (including rooftop solar), the highest penetration rate on record for renewable energy.
Quarterly black coal and brown coal generation have dropped sharply by 3 TWh and 0.4 TWh respectively, contributing to a 74.3% fossil fuel grid.
Electricity generation in the NEM for the month of June 2020 fell by 2% or 1.1 TWh below June 2019 levels.
For Q4/FY2020, results for the NEM states are as follows: 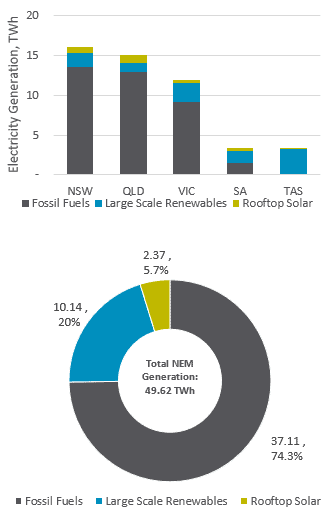