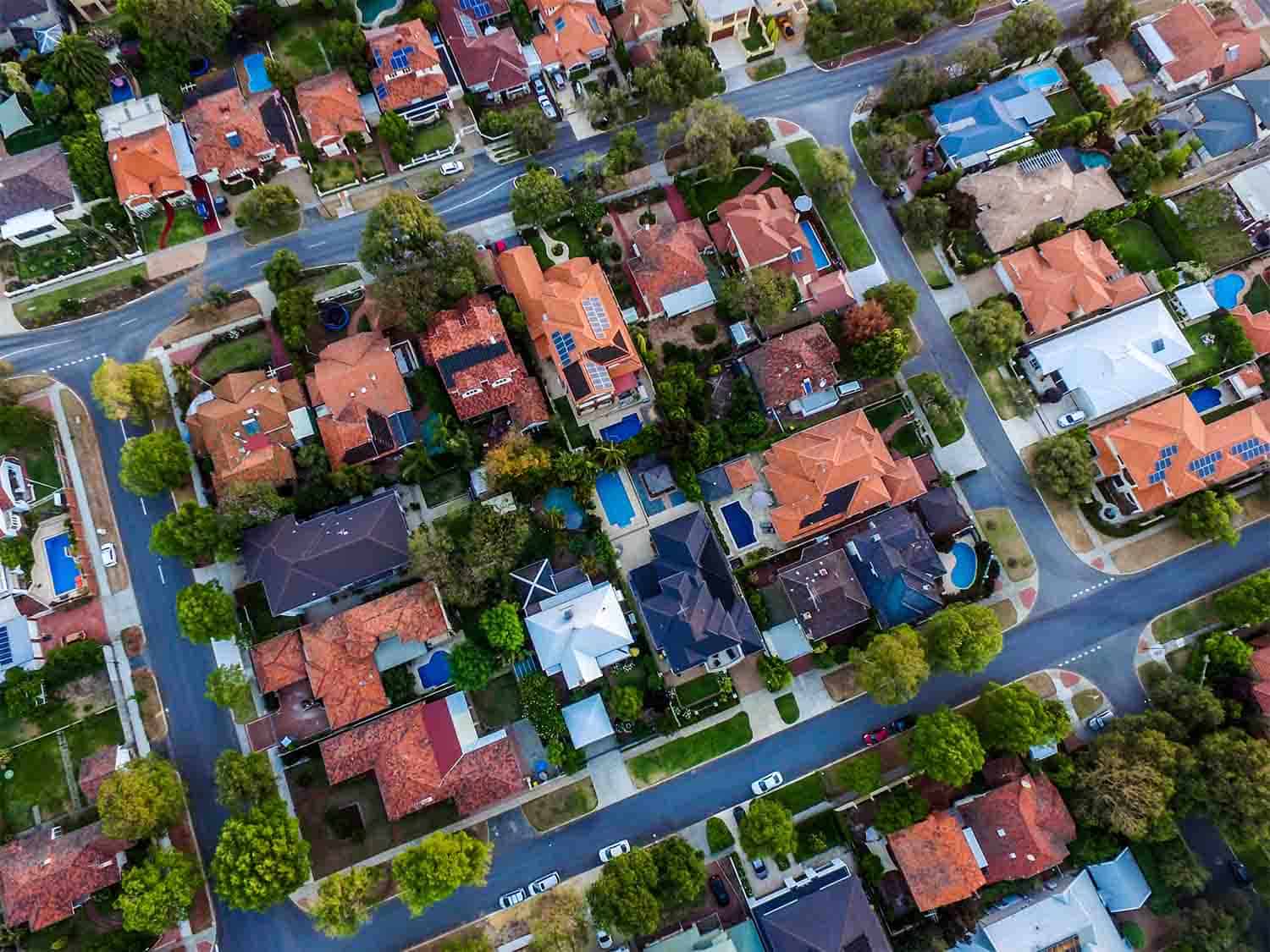 Anti-slavery contract clauses are becoming commonplace in supplier contracts and there is no doubt that they can be an effective tool in the anti-slavery toolkit. But the obligations imposed by these clauses can significantly, and sometimes unrealistically, increase the contractual and commercial burdens on suppliers. Often these clauses attempt to pass obligations further down the supply chain, creating a chain of obligations that sub-suppliers may not be able to meet. This holds true, especially where obligations are passed on to non-reporting organisations that are not equipped for a modern slavery response.

Anti-slavery clauses should be designed within the context of the commercial relationship between the parties. In fact, the relationship and relative power dynamics between the buyer and supplier have an enormous influence on the types of clauses and the extent of obligations that a buyer is able to impose on a supplier. Internal factors, such as the capacity of the procurement and legal teams to negotiate suitable clauses for different kinds of suppliers and contexts also play a role.

In this article, we provide guidance to organisations inclined to make use of such contractual terms in a responsible way, that might ultimately promote better outcomes for the millions of people trapped in conditions of modern slavery around the world while recognising the commercial realities faced by both buyers and suppliers.

An Overview Of Anti-Slavery Contract Clauses

Modern Slavery clauses are key to articulating human rights expectations in commercial contracts. Within that broad umbrella goal of setting standards and expectations, we are seeing these clauses used to achieve an array of objectives, ranging from information-gathering to assurance of supplier action and risk reduction. These objectives are pursued through a variety of clauses, with common ones set out on the left, followed by an overview of how these different types of contractual clauses may be deployed.

Information & Disclosure Obligations: These impose an obligation to provide information to the buyer on the supplier’s labour and human rights practices. These clauses are also often formulated to require written notice should the supplier become aware of a suspected breach of modern slavery laws or instances of modern slavery.

Sometimes these clauses extend to include a requirement that the supplier will, upon request by the buyer, disclose all suppliers of goods of services which are relevant to the supply of the goods or services to the buyer. This can be controversial, as such lists are often regarded as commercially sensitive.

Warranties & Representations: These require suppliers to provide assurances, including that information provided to the buyer is accurate, that the supplier and its representatives have not been convicted of offences involving modern slavery; and are not subject of any investigations involving modern slavery or human rights-related issues. These are potentially powerful clauses, as a misrepresentation may entitle the buyer to terminate the contract and claim damages.

One formulation of this clause that we recommend avoiding is a warranty to the effect that there are no instances of slavery in the supplier’s supply chain. Given the complexity and depth of globalised supply chains, and a general lack of visibility beyond tier 1, or in a best-case scenario tier 2, it is almost impossible for a supplier to assert this with any confidence of its accuracy. This kind of clause, therefore, may achieve very little by way of providing real comfort

that the supplier is not connected to slavery. On the contrary, in light of the significant consequences attached to breach of a warranty, a supplier operating under such a clause might think twice about disclosing the discovery of any instances of slavery. This would undermine one of the aspects central to curbing and eliminating modern slavery – promoting dialogue and cooperative, concerted action by both suppliers and their buyers. If a supplier persists with its demand for such a clause, a buyer should qualify such a clause by adding qualifications such as “to its knowledge” or “to the best of its knowledge after making reasonable enquiries”.

Due Diligence & Response Obligations: In its simplest form, this type of clause imposes an obligation on a supplier to take reasonable steps to identify, assess and address modern slavery risks in its operations and supply chains. A stepped-up version might require a supplier to implement policies and procedures designed to prevent and address any modern slavery practices of which the supplier becomes aware, to implement a grievance and remediation process and to train supplier personnel on the identification and response to modern slavery risks.

Often, buyers also impose obligations to manage specific risks relevant to certain categories of contracts by stipulating practices that the supplier is expected to avoid. Another way we see this approached is by incorporating responsible sourcing standards into the contract (sometimes by reference to a code of conduct) and requiring the supplier to adhere to those standards. Common standards that are being incorporated into contractual obligations in this way are set out in the table below.

Incorporating human rights compliance expectations into contracts in this way has the advantage of setting clear, tangible and auditable standards for labour practices. In its most extensive form, this kind of clause is coupled with a review and audit mechanism. These provisions empower the buyer to require production of documents, review and require amendments to the Due Diligence and Response systems designed by the supplier and establish a right for the buyer to conduct and/or request the supplier to undergo an audit, possibly by a third-party. Audit clauses often trigger a debate and negotiation about who is to bear the cost of the audit. Sometimes a compromise is reached to the effect that the buyer will pay for the audit but is entitled to seek reimbursement if the audit finds the supplier has breached any provision of the contract.

Termination, Indemnities & Liability: Standard enforcement provisions will cater for the rights of the buyer in the event of breaches by the supplier of any of the clauses addressing modern slavery and human rights obligations. For example, entitlements to damages and indemnification and the right to terminate the contract. Damages clauses often require negotiation about the type of damages recoverable and caps on compensation. Indemnity clauses are almost always controversial and challenging to negotiate. A modern slavery related variation to these typical clauses seeks to provide the buyer with some additional protection with regard to damage to reputation.

Another specific anti-slavery enforcement provision is a suspension right, which entitles the buyer to suspend performance of the contract while non-compliances are being investigated and rectified.

Choosing The Right Anti-Slavery Clauses For Your Contracts

The factors that are most likely to influence the extent and scope of anti-slavery contract clauses that might ultimately find their way into an agreement include the following:

Relationship & Leverage: The commercial relationship between the parties is the critical factor in determining the extent of obligations a buyer is able to impose on a supplier. Another aspect to consider  is the type of relationship the buyer is looking to build. Where relationships are purely transactional, and there is little understanding of the supplier’s business, its philosophy and commitments to human rights, the buyer might seek higher levels of contractual protection. The difficulty from the supplier’s perspective is that it may find it more difficult to negotiate anti-slavery clauses because the underlying trust and mutual cooperation is not (yet) in place.

Supplier Risk Profile: The risk posed by the supplier, either individually or by category, includes consideration of factors such as the supplier’s industry and  geographic location and the source of their products or services. A higher inherent risk profile would indicate the need for more extensive contractual protections.

Supplier Identity & Criticality: It serves the buyer to factor in the ability of the supplier to implement and adhere to the obligations the buyer seeks to impose. For example, is the supplier a reporting entity under domestic or overseas modern slavery laws? Suppliers who are reporting entities are now well-informed and equipped to respond to modern slavery risks. They are familiar with these types of clauses because they are also using them. The dynamic is very different with smaller suppliers for whom all of this is still very new and who may not have the resources, skills or commercial leverage to comply with the buyer’s expectations.

Internal Capacity & Pressures: Finally, internal pressures and capacity play an important role in shaping the contract. There may not be time for lengthy negotiations, or there may be internal resistance from business units or procurement teams to the process of inserting and negotiating human rights clauses, particularly if the purpose and need for such terms is not yet fully appreciated internally. It is not unusual for those in compliance roles to conflict with those in commercial and operational roles, as their respective agendas and priorities differ. One practical way to minimise internal roadblocks might be to design a set of template contractual provisions. This could incorporate explanatory notes and alternative options, under which the extent and scope of the obligations are cascaded down, depending on an assessment of the risk and commercial factors.

The best outcomes for people affected by conditions of modern slavery can be achieved when anti-slavery contract clauses and terms are approached not simply as a tool to pass responsibility down the contractual chain, but to use an organisation’s buying power to effect real change. However, as we have seen from our discussion above, often there are limits to a buyer’s power to impose anti-slavery requirements.

We would encourage buyers to look beyond the obligations they can impose and consider the circumstances of the supplier; the challenges faced by the supplier in meeting additional obligations; and how best the supplier can be engaged to create shared responsibility for the eradication of modern slavery risks.

There are a few concrete ways to do this, including through incentives which might encourage suppliers to meet a predetermined standard so as to reap some benefit (e.g. access to a supplier conference; preferred supplier status etc.); and improving other conditions of the contract for the benefit of the supplier, such as more flexible delivery times and shorter payment terms.

Another strategy that buyers might consider, is to be cautious in resorting to contractual enforcement mechanisms too swiftly when breaches of anti-slavery contract clauses are discovered. Instead, the approach could be to work closely with a supplier to help them remediate the incident, improve conditions and take steps to ensure there is no recurrence. These options should be explored before the buyer washes its hands of responsibility by terminating its arrangement with the supplier, possibly doing nothing in that process to address the problem itself.

Underlying all of the above is a recognition that transparent and regular collaboration and communication between buyers and their suppliers, will be beneficial to both parties, as well as the millions of people trapped in conditions of modern slavery, or who are the victims of other human rights abuses.

Contact Ndevr Human Rights if you’d like to learn more about anti-slavery contract clauses, or how we help organisations advance their counter-slavery efforts and comply with the Australian Modern Slavery Act (Cth) 2018.

Sean works for Baker McKenzie and has more than 30 years’ experience advising small and large corporations, multinational businesses and senior executives in relation to employment and industrial law.

You do not have any posts.
#humanrightsmodern slavery act 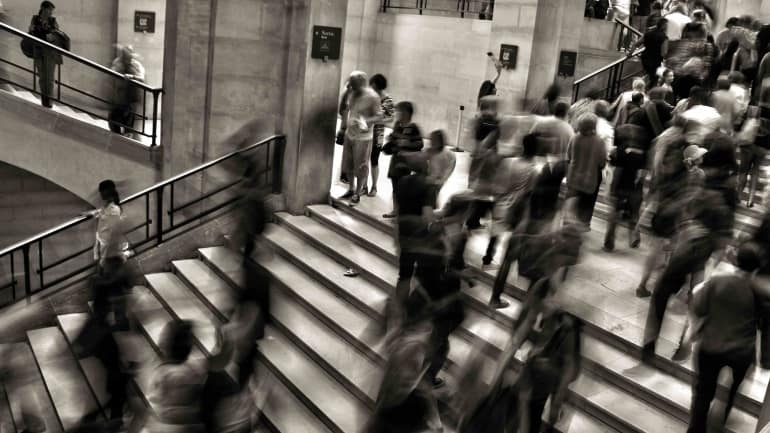 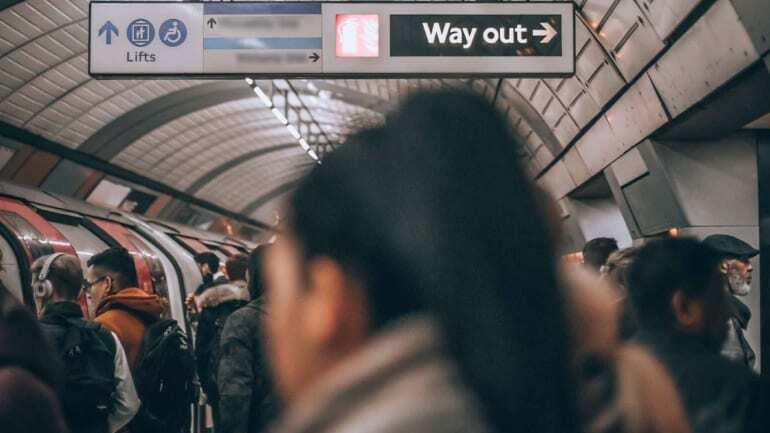 How To Use Modern Slavery SAQs Effectively

How to Self-Generate Carbon Credits – Building an Offsets Strategy